How a trust buys and holds property 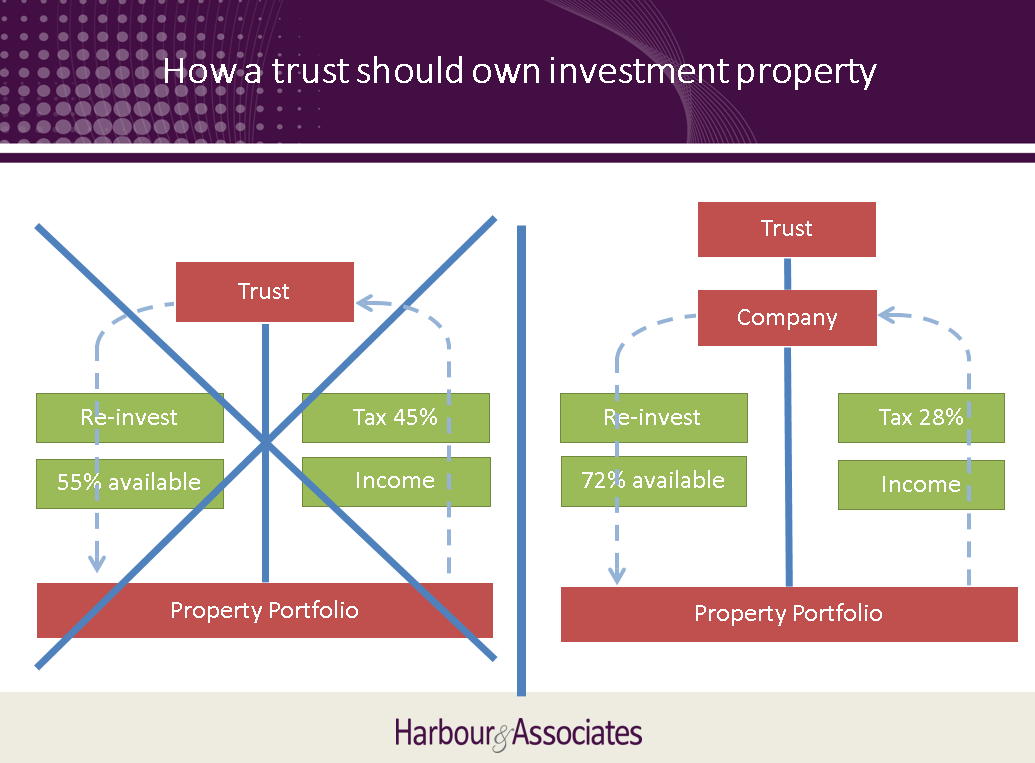 Firstly, how does a trust get to own assets (apart from the miserable R100s worth that you donated to it)?

It starts off with nothing, so in order to buy investments it must borrow the money. There are two sources – you or the banks. Generally, the banks tend to be reluctant to lend to trusts, so although you may get lucky, the normal source is you. You could perhaps borrow from a bank and then on-lend to the trust. Or you could stand surety for the trust’s borrowings from the bank. Either way, if things go wrong with the trust’s investments, you will be in the dwang for the borrowed money, but then, who said life is without risk?

You don’t have to charge the trust interest on the loan, but often it is a good idea to do so as if you did not borrow the money, then you can earn up to R23 800 interest (2014) free of tax and the interest is tax deductible in the trust, alternatively, you can set off the interest you are paying against part of the interest earned so that it is not taxed and then an additional R23 800 will also be tax free.

When the trust buys the investment you have to consider whether it should own it directly or through a company (or CC). In general it should own income earning investments via a company. So trust owns company, company owns investment. The reason is that the income earned by the company is taxed at 28% before the company can re-invest it whereas if the trust earned the income directly, it would be taxed at 45% before it could re-invest it. Here’s a diagram explaining the two approaches –

Don’t worry about these technicalities, just get professional advice or do what I say. The only proviso is that this is not always the best answer. For one thing, it may depend how far you are away from retirement and whether you plan to build the wealth of the trust or siphon off the trust income for your own use. Of course, there’s an additional cost to maintain a company, so that has to be factored in as well. At least companies of this nature no longer need to be audited so that has cut the cost dramatically.

Oh! and don’t let the person who drafts your Trust Deed say that the trust must be audited. Drafters of Trust Deeds often leave this clause in when they cut and paste from a previous client’s trust deed. I know, some of them actually prepare original documents, but most of them, by their own admission, are “cut and paste” specialists. I once reviewed a trust deed that had been prepared for a client by one of the big banks. I recognised it – it had been drafted by me for the same client’s father! The bank had changed a few bits, but even the headings and font were mine. Did I sue them? No, but I was flattered!

Should you wish to make an appointment, please feel free to visit Derek’s diary and book a time that suits you.