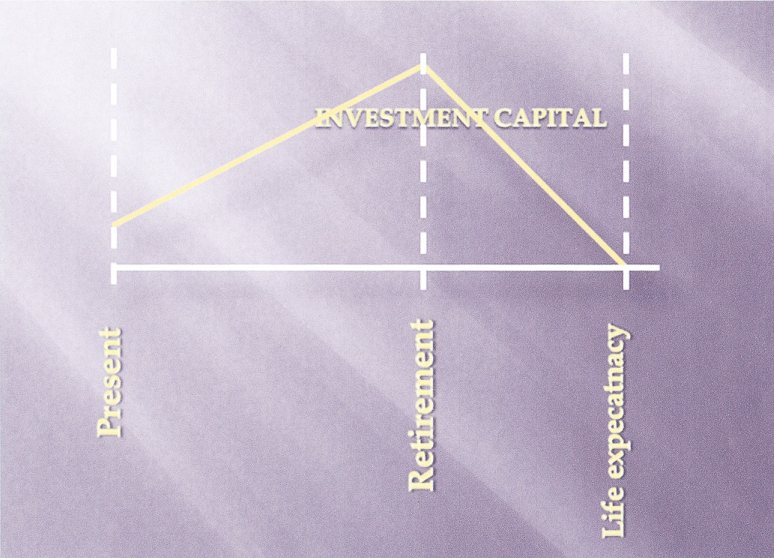 Why plan to live forever? We’re all going to die sometime surely?

Well, yes, but when? That’s the million dollar question isn’t it? Could be tomorrow, could be when you’re 110! By the way the oldest living people ever all seem to have finally called it a day between about 113 and 117 years old, seems like that really is the limit, although one dear old duck in France made it to 122 (source: Wikipedia). The women seem to beat the men by about 2 years. Don’t Google “Images”, they will make you want to die young!

Oh, and another aside – don’t do what this guy did. He went all through his adult life saying “I’m going to live to be 100”. Guess when he died? On his 100th birthday! Beware that subconscious of yours – it’s very, very powerful.

OK, so you don’t need to plan to live forever, 115 would do nicely, but since that’s about 50 years after retirement age let’s stick to the original plan – forever is good!

What does that mean exactly? Well, when you reach retirement you will (hopefully) have accumulated a certain amount of wealth. It’s the wealth that is to give you the passive income that you’re going to live on until you curl up your toes. Now, if your monthly needs are greater than the income produced then you’ll have to draw on capital. That means that one fine day your capital will run out. You’d better plan to be dead by then because if you aren’t you’ll die of hunger anyway! Here’s how your Investment Advisor will explain it –

Because your needs on retirement exceed the income produced from your investments, he’ll have to draw down on your capital as well and eventually (he’ll work on life expectancy), you’ll run out of capital. How crazy is that? I certainly don’t intend to die when I’m 78.

Of course, inflation requires that your passive income must continue to grow (i.e. maintain the same purchasing power). Hey, you ever heard of the Rule of 72? It’s scary. If you want to know when your R10 will only be worth R5, divide 72 by the expected rate of inflation. Right now inflation is about 6% so divide 72 by 6 and bingo! In 9 years’ time today’s R10 will be worth R5.

All of that happens if you put your money in the bank and live off the interest. You’ll very soon find you’ve got nothing left.

Back to our grand plan. Living forever. All it means is that you must have sufficient investments that produce (a) sufficient income and (b) income that grows as fast as inflation. That way you won’t have to draw down your capital and because the income grows with inflation, its buying power remains constant and whoopee! you can live forever (all other things being equal). Your planned graph should look like this – 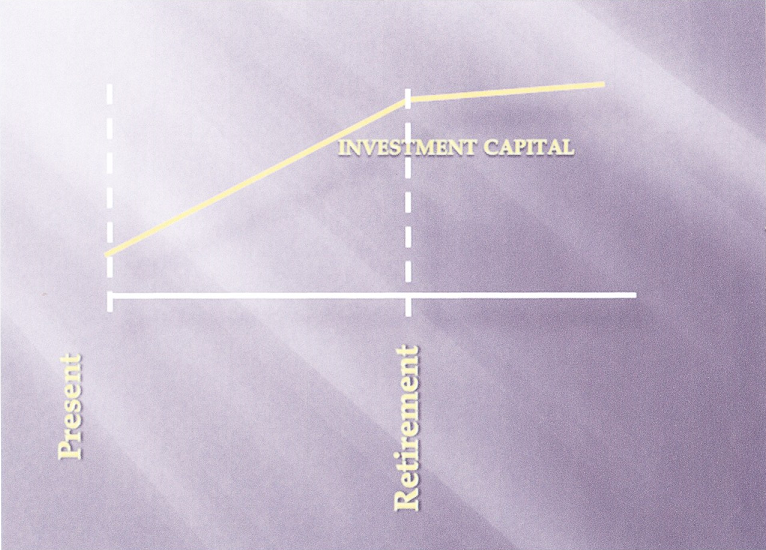 So gone is the plan to spend your last few hundred rands on the coffin. Nope, the kids should do all right after all. They should actually inherit enough quality investments that they too can retire!

What kind of investments produce the above graph? Dividends on shares and rental on property. That’s all – I can’t think of any others (RAs, pension funds etc are simply combinations of the various options managed by other people, but with an element of speculation i.e. gambling, built in).

Why doesn’t it work out like that in real life? We’ll take a look at that in a later post (if you’re still alive, of course).

Should you wish to make an appointment, please feel free to visit Derek’s diaryand book a time that suits you.