Is Velocity Banking a good idea? 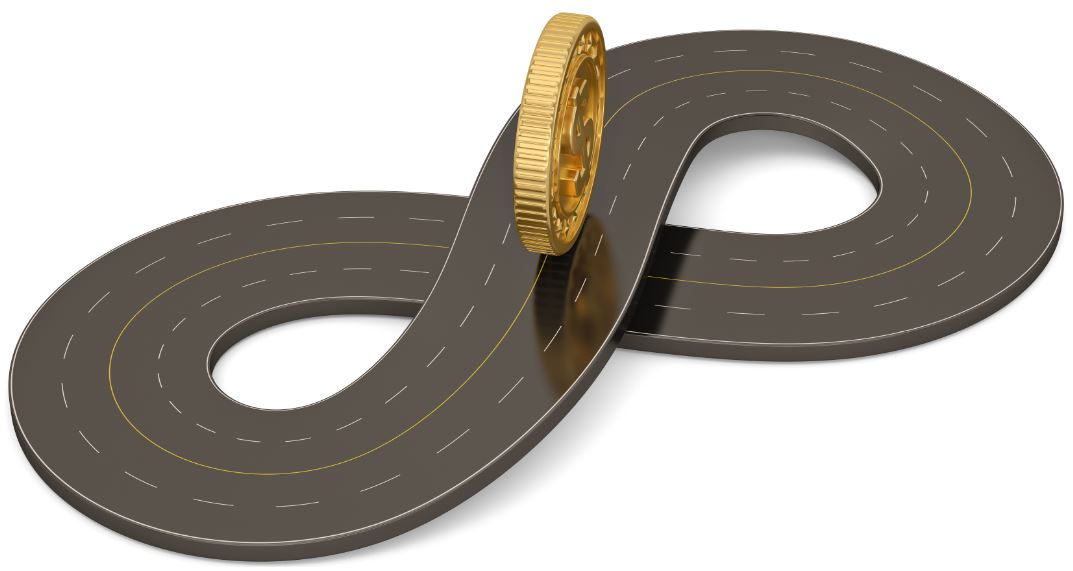 You know, for a Pr(Eng); CA(SA); I can sound pretty dumb at times. Like when a client recently asked me if I was familiar with Velocity Banking. Nope, never heard of it!

So he then went to some lengths to explain this miraculous method of paying off your mortgage bond in no time flat.

Yes, well, if you put it like that, I guess it’s not magic, just common sense.

This reminded me of when I was bankrupt. My then girlfriend (later to become my second wife) had recently divorced and acquired the family home along with the outstanding bond. Between us, we set a goal of paying off the bond as quickly as possible.

I set up an amortisation graph that looked something like this, showing full settlement after 59 months at R2 000 per month – 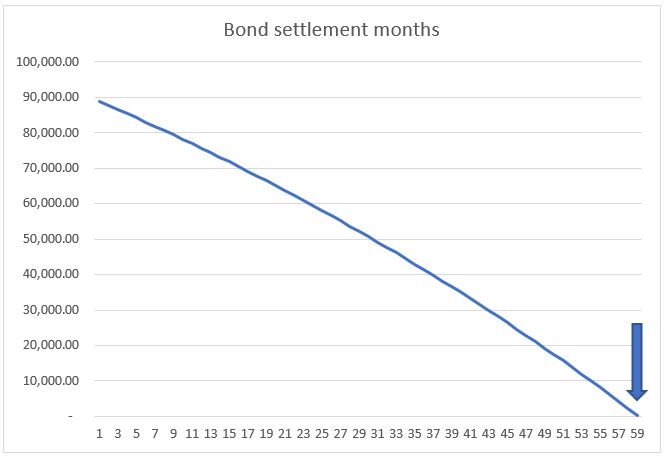 Then, whenever we had spare cash, we went to the ATM and deposited it against the bond. After 7 months and having paid in R5 800 extra, the graph would look like this, with settlement time down from 59 to 55 months. The R5 800 would grow to R10 000 due to the saving of interest and interest on interest – 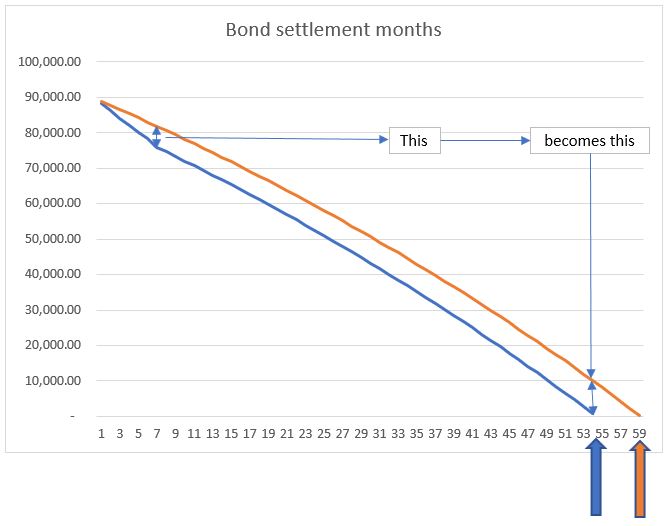 So yes, Velocity Banking is a great idea now that I know what it is!