How can you multiply using intersecting straight lines? 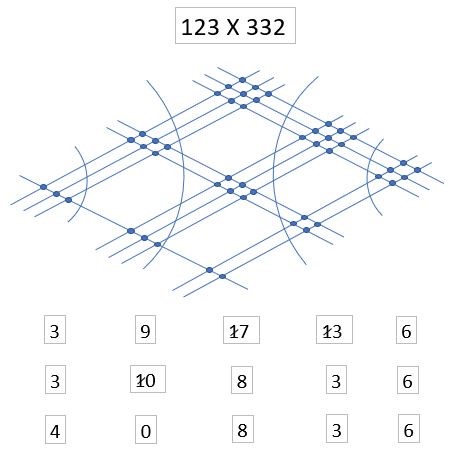 As you know, I am a bit of a Japanese abacus fanatic. This lead me to a fascinating method of multiplying using straight lines. Here’s how it works.

Now, all you have to do is separate the groups of numbers as I have done below

Count the intersections in each group.

Check it with your calculator, although who need a calculator now?

There are added techniques. Notably number between 5 and 9 in the starting sum is drawn with a different colour representing the 5, just to reduce the number of lines that have to be drawn.