Home » Blog » Tax » Is there a tax threshold for companies?

Is there a tax threshold for companies? 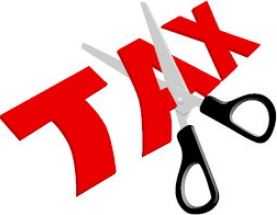 In principle all companies are taxed at 28% on their first R1 of taxable profit, but there are three exceptions where a tax threshold applies depending upon the classification of the company.

Turnover Tax. This option was introduced for so-called micro-companies several years ago. It never caught on, mainly because a company could end up paying tax even if it traded at a loss.

However, any company that adopted this tax system is only taxed on turnover exceeding R335 000. thereafter the turnover is taxed at 1% up to R500 000, 2% up to R750 000 and 3% to the maximum allowable turnover of R1m. With a turnover of R1m, the company will pay R14 150 tax which would be the same amount that an ordinary company would pay if it made a 5% profit on R1m turnover. Since most small companies will not achieve 5%, the turnover tax generally works out higher than normal company tax.

Small Business Corporations. A company that is only owned by natural persons who do not own shares in any other companies (except dormant ones with no assets), does less than R20m annual turnover and is not a rental company or a personal services company qualifies as a SBC in terms of the Income Tax Act. The conditions must have been complied with for the entire tax year, or part year if newly registered.

Exempt Institution. Certain Non Profit Companies (NPCs) can register as Exempt Institutions with SARS and will not pay any tax on profits. Their qualification depends upon what they do as they are expected to take a shared responsibility with Government for the social and development needs of the country.

Need help with your Investments?

Contact us today or set up a free meeting with our CEO, Derek Springett, to discuss your options. We have been offering expert financial advice and business services since 1971. You can also visit our online store to see our list of financial services.