Can SARS attack you as a shareholder, director or public officer of your company? 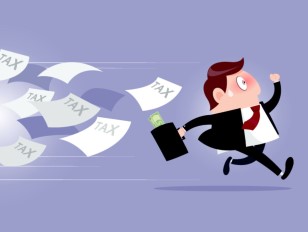 A shareholder is simply the owner of the company. The only risk attached to this is that if the company goes belly up, the shareholder can lose his/her shares. That’s what the word Limited (Ltd) means. The shareholder’s risk is limited. There’s no way that SARS can go for a shareholder.

A director is a person appointed by the shareholder(s) to run the company for them. If a director trades recklessly, then he or she can be held liable for the debts of the company. Reckless trading occurs when a director takes illegitimate business risks which are likely to cause serious loss to the company’s creditors. You need to be a crook to fall foul of this one. Typically, a crook might be found to have committed fraud*, which is a criminal offence. A normally struggling company, that battles on, trying to survive, would not be considered to be trading recklessly. So, SARS cannot go for a director (unless he’s a crook).

A Public Officer is the person appointed by the company to represent it at SARS. It’s his job to make sure that tax returns etc. are submitted. SARS cannot hold the Public Officer liable for the company’s debts, or even for late, or non-submission of returns.

So, who can SARS go for? Only the company itself, or the crooks that run it.

* Fraud is intentional deception in order to illegally achieve financial gain, or cause another person or entity, financial loss. So, dishonesty, in itself, is not fraud.