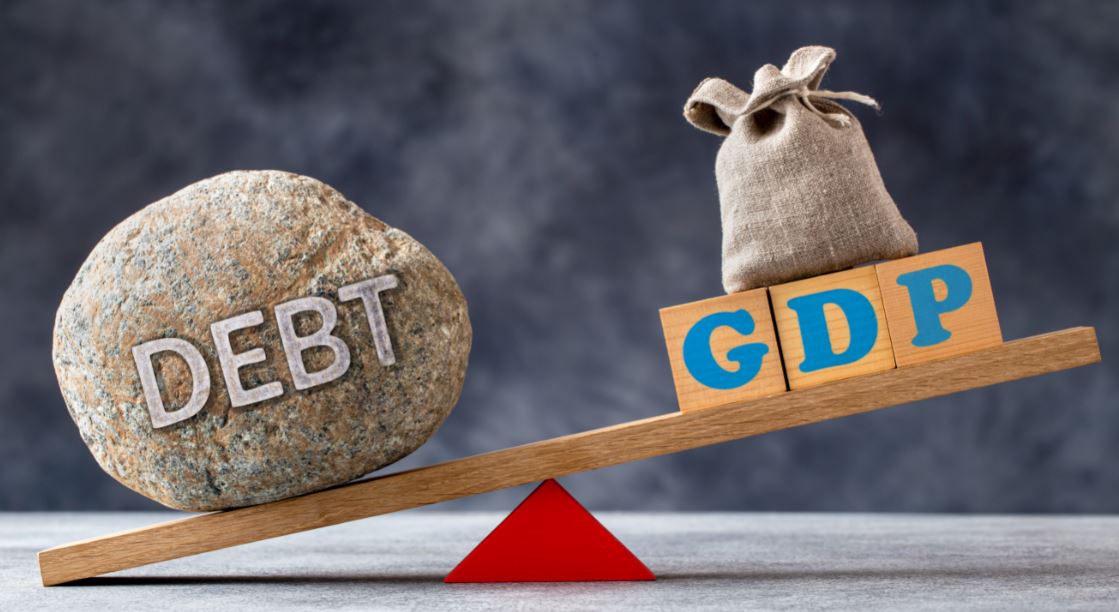 Call me stupid, but I think that Debt to GDP is a meaningless measure of our ability to repay borrowings.

Why? Because it’s quite possible for a country to have a massive GDP and be unable to pay foreign debts and equally, a country could have a relatively small GDP and be able to comfortably repay them.

In order to understand this, we need to look at what GDP is. In a nutshell it’s total production of goods and services, including trade surplus or deficit.

So, let’s say that a country had a GDP (like South Africa) of $350bn a year but produced exactly everything that it’s population required. No more, no less. In other words, it is completely self sufficient. No exports and no imports. That is, no trade surplus or deficit. Then along comes Covid, and it has to borrow $200m to buy vaccines. This debt to GDP is  trivial .06%. But, can it ever repay that debt? Impossible.

Now let’s take another example. A country with a relatively low GDP, say, $5bn but producing lots of high value goods or services and exporting them, whilst only having to import low value goods and services. It has a trade surplus of $1bn a year. Then along comes Covid and it has to borrow $200m to buy vaccines. This debt to GDP is 4%. Can it repay that debt? No problem!

So what is relevant about Debt to GDP? Zip!

The only thing that counts surely, is debt to trade surplus, as trade surplus is the only source for the repayment of foreign debt.

And here’s the situation on South Africa – 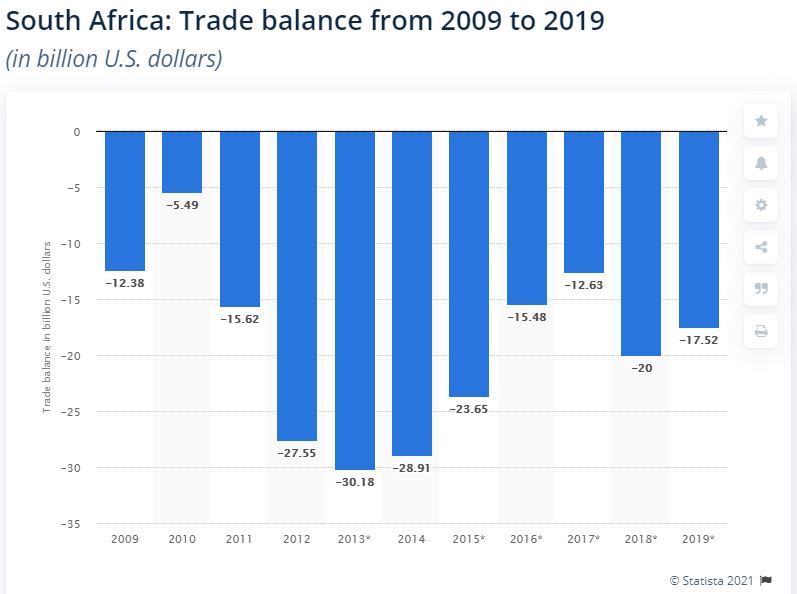